skip to main | skip to sidebar

(from the Hardware vs. Software 2 - this time it's personal! department)

Here's a (very) quick guide as to how I got Fedora 7 running on Virtual PC 2007. These are necessarily terse notes to myself - experienced Linux users (and Virtual PC users) will dig 'em. If there's interest in a step-by-step guide for normal (?) Linux users, I'd consider writing that as a separate blog entry.

Regular Virtual PC 2007 and Fedora 7 usage I leave as an exercise for the reader. *grin*

Update: Here are a few more notes that might prove useful.

Thank you! Your instructions worked like a charm. I had already changed the color depth to 16 as some others recommended, but that still didnt fix the problem for me. Your fix did it. Thanks again.

Thanks for sharing your solution.

Thanks for the nice instructions. Here's what I did :

1) Hit Tab in the boot menu and add "vesa i8042.noloop psmouse.proto=imps clock=pit" to the end of the vmlinuz line

Using your article I yanked a Fedora 7 VMWare Appliance from Thought Police. I converted this to a Virtual PC disk using vmToolkit's VMDK to VHD Converter. I then fixed the disk size using their VHD Resizer to improve performance.

I booted up the image but the screen was unusable. I ssh'ed to the box using putty and followed the instructions from your blog. Fedora 7 works perfectly and at several times the speed of VMPlayer.

Your guide worked great. Thanks a lot.

there are a lot of them on the Internet. I am complete newbie on this OS (all Linux). This article helped me so much that I in a few days are seriously concerning leaving my MS OSes!

Works for Fedora 8 as well - thanks!

You did an excellent job! I am new to Linux, posts like this make me want to learn more about the OS. Again thanks for the instructions.

You, Sir, are indeed a scholar and a gentleman!

Yet another satisfied customer! F8 on MS 2005

Great article. Thank you for sharing your solution!

Thank you sir, it really helped! :)

Incredible, this works like a dream. Thank you so much. I am new to Linux, so this was really useful to me.

Although, I did have a strange problem where it automatically wrapped the lines in grub.conf to the next line, this prevented Fedora from starting but it was easily solved by making everything fit on one line (after some fighting against the auto line wrap feature :-P ).

thank you Dave
Work perfectly , it takes me 2 min in VI to edit those parameters on Fedora 8.

Hmm... 40 something scorpio like myself. I'm pretty new to Linux, but it was awesome Paul! I had figured out the text mode part already and wondered how I was going to get in there and change those files. Then I came upon your page. Halfway through the rescuecd download I read Ray's comment mentioning ssh. Why didn't I think of that. Heck I can handle that, and while fumbling for the SecureCRT icon I clicked WinSCP, even easier than I thought it would be. Now if I could get vga=817 to work... c'Ya, Terry

I am new to Linux environment. need Ur help.

i have downloaded fedora 7 iso images on my HDD( i am using winXP) and want to startup linux using MS virtual PC.

when i start fedora with virtualPC by capture CD image option and capturing "F-7-i386-rescuecd" file, i get fedore boot menu. when i choose to install in text mode the installation process freezes after a few seconds after displaying some messages like

Greate Article, Thank you very much!

After several hours of trying to figure this out, I reached your post. It worked like a charm.

Thanks a lot for your great contribution to the net comunity.

Thanks a lot for your great solution it works perfect !!!

Excellent info! I needed to install Fedora 7 so I would have a dev instance to mirror a Godaddy VPS server. This was incredibly useful. Thanks!

Thank You Paul!! If your ever in Fay, NC Beers are on me! This works on CentOS 5.2 when installing in VirtualPC2007.

thanks alot buddy without this information i wud hav been sufferin to install fedora!!..:)..Thanks once again..;)..

thanks - it works now - you earned 10 brownie points!

Wow Thank you so much you are my hero for this night!!!!!

Followed the instruction and successfully installed CentOS 5.3 on Windows 7 enterprise. Thank you for really valuable posting.

Thank you for your note. 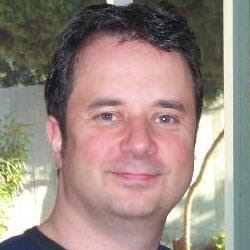